I ended up not getting either. I was over my budget so Bear cut me off. Had I known I wasn’t even able to buy one pair, I wouldn’t have spent so much time in the store trying it on! Next time Bear, let me know ahead of time.

I love the J Brand leather pants because of the zippers on the side. I have the gray but recently I spilled something and got oil on it. I have no idea how to remove it so I am going to have to take it to my shoe cleaner.

So I had dinner with my two guy friends, Gordo & Fregas with their friend H last Thursday.

During dinner, a gift was given to H from the two. He was a bit shy about opening it since the card (was read out loud) insinuated that the gift be a bit risqué.

It was a few pair of boxer briefs…

My biggest pet peeve is when I see a man (in public especially, but in private as well) adjust their groin. I can’t imagine why the male species must put their hands in their private area when there are people around. Do you think I scratch my pubic area when my hair is growing back after I shave? Do I scratch my nipples when their itchy in public? No, I don’t think so… I would never. I have manners.

So the style of boxer that was gifted is a special one. Apparently, a guy invented boxer briefs with mesh panels that would separate the ballsacks from the thigh. Not that I know any better but Gordo swears it’s the best because he was gifted this boxer and finds it to be life changing.

I know I’m super observant, always so this behavior from men always catches my eye when I’m EVERYWHERE. I saw it at Disneyland, museums, church, airplane, seriously, EVERYWHERE. It fucking bothers me so much. So much I want to punch their face and kick their groin to make them stop. I find that mostly white men do it. He’s going to kill me for sharing this but Bear did it. Operative word, did. I made sure he fucking stopped it the first time I saw it. I still catch him here and there and boy do I fucking give it to him. Most of his KS friends do it too. I just don’t get it. I almost want to gift every guy I know this boxer. I know one Asian that does it but it’s because he’s been the blacker sheep of the family and he’s a bit peculiar. It’s almost expected.

Men, please refrain from having your hand go near your fucking package at all times. It’s disgusting.

Women, please start gifting this to every man you know.

Now, I don’t know if this is a sure bet but it’s better to try it out. I just bought a pair for Bear so we shall see.

I have two backpacks. One black lacquer and one camo from the Equinox collaboration.

I use both equally as much and now I’ve added the navy lacquer pouch. Recently my toiletry bag was discovered to be not public facing. Oh and this am, it accidentally fell in the toilet bowl. Luckily it was terry cloth and I could wash it but I am no longer taking it out publicly.

The pouch turned out to be a great toiletry bag. I love MZ Wallace’s Metro collection. I want everything in every color. Seriously. 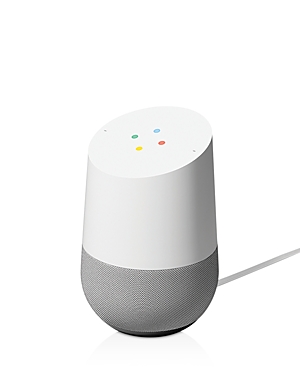 My skin has been super super dry and it’s been very annoying. flakey skin on the face is not cute and I was getting really irritated. My friends who are into skincare have been suggesting products and though those individual products didn’t work, a combination of them did.

So I always put on the Murad Toner, I then put on either of the oils (Argan and PurOrganic) in the evening before going to bed.

For the day, I put on the toner again, eye cream, spf, AtoPalm and either of the oils.

My skin has softened up and the flakiness has minimized.

My skin felt like sandpaper and now it’s much better!

I bought the socks and I loved wearing them to #DoJim. I still have the black ones but I lost the dam white ones! So mad because I wore them only once. IDK why I have such a hard time keeping things… I lose everything!

You know I’m a sucker for anything Violet.
My dear husband in New York set his calendar to get me the new release of the Nike Air VaporMax sneakers in Violet!!! They come in the pale and true Violet,
I got the true Violet.

Chloe New By Chloe For Women

I’ve been begging for this jacket since Valentine’s Day! Finally got it for my 2nd anniversary from Bear! Love it!